Hearing loss is a common problem. And we all are aware of this.

Can you imagine your life with the only ear?

Well, it will be troublesome as we have been gifted two ears and the absence of one of them can disbalance you. But, What will happen if one ear will stop hearing?

It may be possible that the person is suffering from a sudden hearing in one ear. You can call it as Unilateral hearing loss or Single-Sided Deafness. And it is also a troubling disorder not less than hearing loss from both sides.

You can purchase the latest hearing aids at a fair price through HearingSol, If you need any assistance or you have a query regarding Hearing Aid or Hearing Loss in One Ear, feel free to call us at +91-9899437202. We are always here to help you. 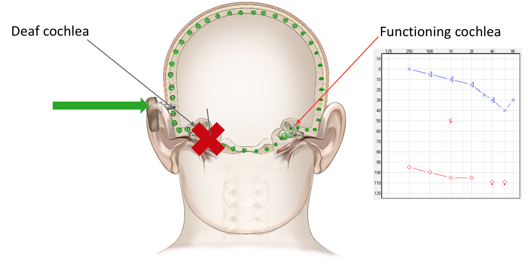 In the United States alone, an estimated 60,000 people per year acquire this condition, and in the United Kingdom, it is estimated that more than 9,000 new cases are diagnosed every year.

Well, the reasons behind the unilateral hearing loss are similar to binaural hearing loss. A person may suffer from hearing the loss in one ear due to its lifestyles, accumulation of earwax, ear infections, medications and drugs, and various diseases. Let’s study it in detail.

What Causes Hearing Loss In One Ear? 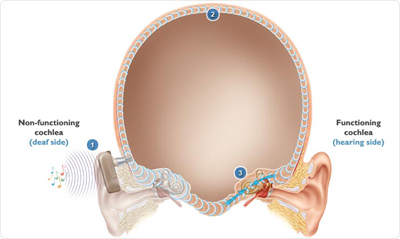 What is the difference between the life led with normal ear and dead ear? Though a person may have only one dead ear, it may affect your life adversely. As the normal working of both ears leads to perfect balance in your life. What problems a person can face with single-sided deafness? Let’s have a look at them.

The one-sided impairment leads to the problem in conversation. The brain “hears” a sound more loudly when it’s perceived through both ears than if the same sound at the same decibel was only perceived through one ear. This is because the brain reads nerves located in both ears and uses this information to process sounds. Thus, all sounds will register as softer or muffled to the impaired ear.

Ability to understand speech while performing other tasks. The more noise there is, the longer it takes your brain to focus and complete tasks. If you’re trying to listen to someone speak while completing a task, you will miss whatever the person is saying.

You will be unable to recognize the direction and source of sounds. If this exists, you may face problem in crossing the street or navigate in traffic. Therefore one impaired ear can be life-threatening.

Unable to hear in a noisy room

The person becomes unable to separate background noise from the sounds that we want to hear. If someone will call you from another room, you may not understand what he/she wants to say and this interrupts communication. However, in environments where there is more noise, it can be difficult for unilateral hearing loss sufferers to engage in conversation and communicate as freely as they would like to. 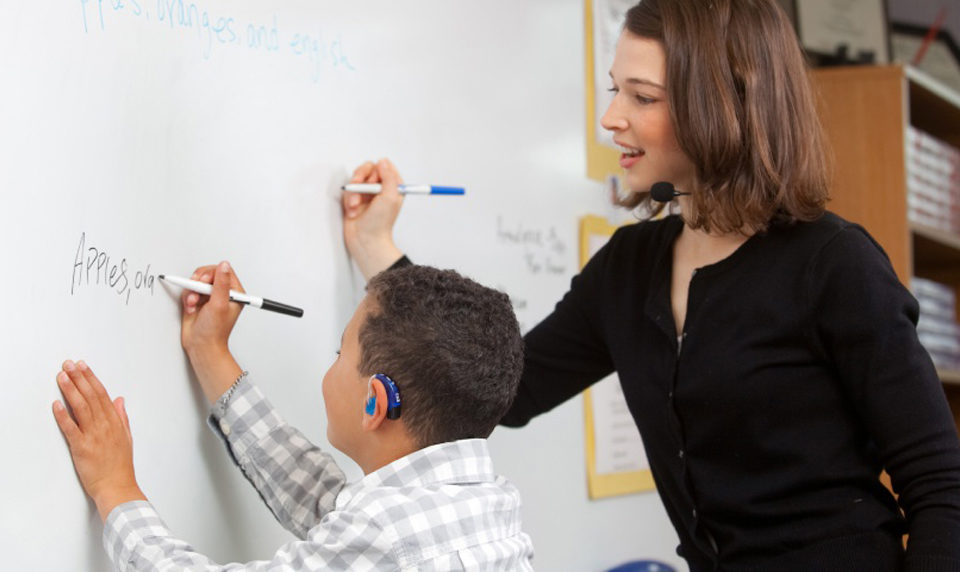 What is the impact of unilateral hearing loss for these children due to the difficulties in those environments?

Because a child with UHL does not hear the full picture, they are more likely to experience difficulty in the following areas:

If the person is facing the above problems, he can understand that unilateral hearing loss is as serious as binaural hearing loss. Thus if he neglects these, it can worsen the situation. Thus he should immediately think about his dead ear in order to make it live. It is important to deal with this problem for the stability of daily life.

How To Help People With Single-Sided Deafness?

Well, single-sided deafness cannot be treated but various methods, technologies, and treatment options can restore the sensation of hearing from both sides. It may involve using your “good” ear to help correct the “dead” ear.

If you are suffering from hearing loss in one ear, you should not avoid it and visit an audiologist. He will perform hearing tests to know the specific underlying causes behind your dead ear. During tests, he may ask several questions, in order to know the present situations of the ear and the problems you are facing due to it. Then your treatment will depend on the cause of hearing loss.

Various hearing devices are available at the best options for the people suffering from the unilateral hearing loss like BAHA hearing aids, CROS, and Bi CROS hearing aids and microphone technology. 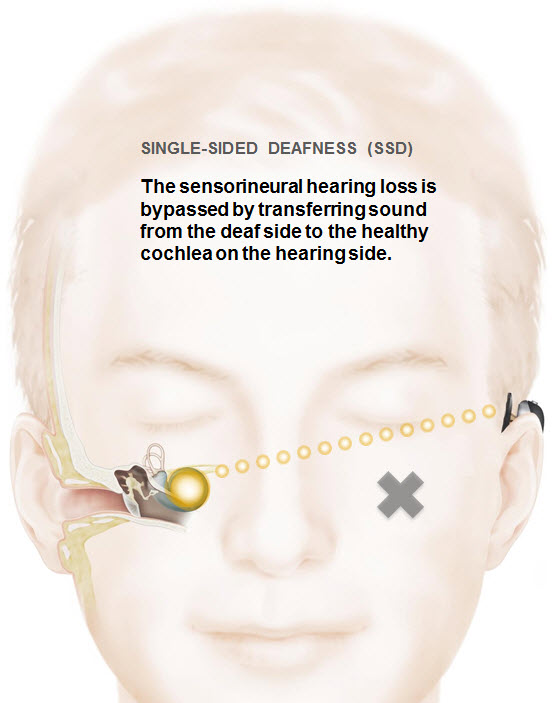 A newer alternative is the bone-anchored hearing aid, BAHA which has been approved by the United States Food and Drug Administration, FDA. The BAHA system has been regarded as a successful treatment option in Europe since the late 1970s. Currently, the BAHA system is worn by 15,000 people worldwide.

BAHA is based on the principle that the best way to restoring the sensation of hearing loss is to transfer the sound from the deaf side to the hearing side.

It uses a surgically implanted abutment to transmit sound by direct conduction through the bone to the inner ear, bypassing the external auditory canal and middle ear. This way, it can increase hearing in a noisy environment and helps to localize the sounds.

Hearing Aids like CROS and Bi-CROS assist the people and helps to reduce the problems of unilateral hearing loss. It routes the sound coming from the side of the deaf ear to the standard ear. The patient wears one device on the deaf ear that picks up the sound by way of a microphone. This sound is then wirelessly transmitted to a hearing aid that’s worn on the normal ear.

Suppose the person has a dead ear along with the impaired ear that can be aided, in that case, Bi-CROS hearing aid is useful. 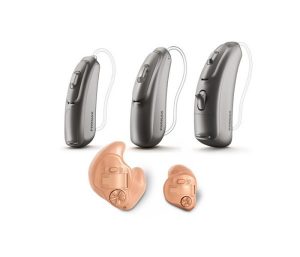 Remote wireless microphone technology is the recommended solution for children with unilateral hearing loss to hear better in noise and at a distance. Using a wireless microphone, the voice of a teacher or peers is sent directly to a child wearing a small receiver either alone or attached to their hearing aid. This technology can reduce all the hindrances caused due to single-sided deafness and makes the teaching-learning process smooth and effective.

Whether hearing loss is unilateral or binaural, it will disturb your peaceful and happy life. It may disturb you by tinnitus, ear pain in the upcoming period. Thus instead of ignoring these hearing-related problems, you should focus on both of your ears. Single-Sided deafness can disturb the balance of your activity as well as the natural balance of life.

You can purchase the latest hearing aids at a fair price through HearingSol, If you need any assistance or you have a query regarding Hearing Aid or Hearing Loss in One Ear, feel free to call us at +91-9899437202. We are always here to help you.

Is Hearing Loss in one ear considered a disability?