HomeFAQsWhat is the Waardenburg Syndrome?

What is the Waardenburg Syndrome?

Waardenburg syndrome is a genetic disorder and is not caused due to external factors. It is the result of internal factor means the genetic factor. This affects both males and females and people of all ethnic backgrounds.

Let’s study this disease in detail. 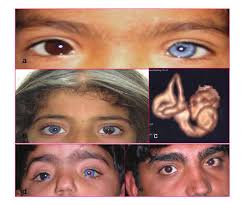 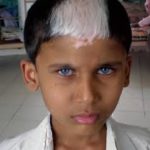 If you need more information or you have a question regarding Waardenburg Syndrome, you can discuss it with our HearingSol healthcare professionals, just give us a call on +91-9899437202. We are always here to help you.

Waardenburg syndrome is a rare genetic disorder. As a result, it shows varying degrees of deafness, minor defects in structures arising from the neural crest, and pigmentation change. It is named after D.J. Waardenburg. He identified the condition in 1951.

The mutation in six genes that cause Waardenburg syndrome which is inherited in an autosomal dominant and autosomal recessive manner.

Wide space between the eyes helps in characterizing it. About 20 percent of people with type 1 experience hearing loss. They have patches of color or lost color on the hair, skin, and eyes.

Type 2 is similar to type 1 including changes in the pigment of the hair, skin, and eyes. The large space between the eyes helps in characterizing it.

It is characterized by a wide space between their eyes and a broad nose. People with type 3 may have weak arms or shoulders or malformations in their joints.

Type 4 causes changes in pigmentation and may result in hearing loss. This disorder can block the colon, causing severe constipation.

These days there is no treatment available for the Waardenburg syndrome but you can manage it. A person with Waardenburg syndrome may need support to manage their condition, particularly if it affects their appearance in ways that you can not change easily. Support groups, family counseling, and education about the disease can help.