Tinnitus is often called ringing in the ears that causes damage and loss of the tiny sensory hair cells of the inner ear. It may also sound like ringing, buzz, hissing, chirping, whistling, or other sounds. This noise in ear basically come from inside your body, rather than from an outside source. Although you are the only individual one who can hear the noise it is not a result of your imagination. Those affected by Tinnitus have a low quality of life, isolation, depression, insomnia and even suicidal thoughts or actions in the worst case.

If you need any assistance or have a question about Tinnitus, you can consult our HearingSol experts with your problem, feel free to call us on +91-9899437202. We are always here to help you.

50 million Americans including 15 million veterans are under the effect of Tinnitus. Especially those who are in the military and returning from Iraq and Afghanistan. When you suffer from Tinnitus your doctor gives you a normal physical exam containing a careful examination of ears regarding tinnitus. Before starting treatment, give all the information regarding medications you are taking to the doctor because tinnitus may be caused by a side effect of some drugs.

After that cause of the problem remains undetected then you go to an ear specialist or an audiologist (a hearing specialist) for hearing and nerve tests. As a part of an examination, you must be given a hearing test called an audiogram. A technique such as an MRI or a CT scan may also be recommended to reveal any structural problem.

Hearing care specialist start asking a lot of questions about your symptoms of tinnitus such as:

Some causes of tinnitus

Many people have caused tinnitus due to this reason:

The Cure For Tinnitus – Possible Or Not?

Any person suffering from Tinnitus will consider anything to get relief from the symptoms. The person will try any natural home remedy from apple cider vinegar to dietary supplements to “miracle cures” hawked by snake-oil marketers. Nowadays it seems like there is a promising new solution for tinnitus lurking out from each corner. The main problem with them is that they don’t really work. This condition may be because of lack of awareness regarding new guidelines for tinnitus treatment.

Many people complain about the constant ringing in the ear and ask for its permanent cure. So, is there any permanent cure for this problem? Unfortunately, not yet. No cure or treatment for tinnitus is scientifically proven. But you can find the guidelines released by (AAO-HNS) to treat and hook up to know more about the ways to cope up and live with your tinnitus.

New Guidelines regarding Tinnitus have been released by the American Academy of Otolaryngology-Head and Neck Surgery (AAO-HNS). These new guidelines include:

Some new treatments are being under research along with the AAO-HNS guidelines. It may work for those living with tinnitus to ease down their burden. Therefore there are some new guidelines to help people manage their conditions.

If you are ready to follow these guidelines to cope with Tinnitus then follow it completely to have better results. Along with these health examine guidelines (AAO-HNS) has recommended a dietary plan to be followed.

Supplements To Be Avoided

According to the new tinnitus treatment guidelines by AAO-HNS dietary supplements and medications like Ginkgo Biloba, Melatonin and Zinc are not recommended. AAO-HNS also recommends against the routine use of any type of antidepressant or anti-anxiety medications to manage the effects of tinnitus. Along with the medications AAO-HNS is also against all sorts of imaging techniques like MRIs etc. to assess a patient’s tinnitus. But however, researchers are neutral on the concept of acupuncture, and Homeopathy neither in favor nor against it.

Preparing to Visit A Doctor

Be ready with the following details to share with the doctor:

If you are looking for a quick fix for your tinnitus, then stop right here. As this problem will improve over the time since there are treatments available to cope up with this.

Tinnitus may be caused due to an underlying condition, treating that condition may help you.

But there are many cases in which doctors are unable to find the cause, so there are treatments to help you manage your problem on a daily basis. Some of them are mentioned below: 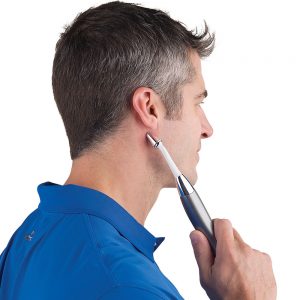 SUNY Brooklyn and Virginia Commonwealth University researchers are studying a new vibration technology called UltraQuiet. It consists of the following; music player, amplifier, and headpiece. There is a small disc in the headpiece which is held up to the mastoid bone. Where the small disc turns on the music with high-frequency vibrations which is processed by mastoid bone. Then it straightaway reaches to cochlea passing through the middle ear and then sent to the brain for further processing. Some more therapies can be included in the management of tinnitus. Such as cognitive-behavioral therapies, sound, and music therapies with different incarnations.

Improvement in Tinnitus Patient after therapy

In a study by Virginia Commonwealth University and SUNY Brooklyn, people between the ages of 35 and 72 participated. Some of them had severe disabling Tinnitus and others had mild to moderate high-frequency hearing loss. Participants noticed a significant improvement in their tinnitus, after four weeks of treatment. This improvement lasted for many weeks contrary to the traditional masking therapies which last for a couple of minutes.

The focus of the New Therapies

Mostly the new guidelines for the therapies focus on much “bothersome and persistent” form of tinnitus. The condition has been persistent for more than six months or even longer, having negative effects on the quality of patients life. Though these guidelines are also applicable for those with shorter duration of tinnitus as well. 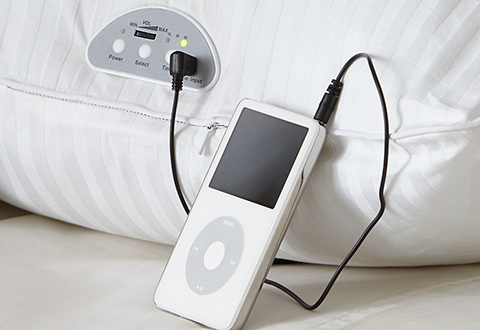 Sound therapy is to fill any silence with neutral sounds to distract you from the sound of tinnitus. It involves simple sound, for example, opening a window to hear the sound coming out the window, leaving a radio or television on, or listening to sounds on a portable music player. One can get specially-designed sound generators similar to a radio. It will produce quite natural sounds. Such as rustling of leaves, waves lapping on the shore, etc. A sufferer can also use White noise generators that produce a continuous “shushing” sound that should be comfortable and soothing. There are pillows available with built-in speakers to distract you from tinnitus while sleeping. There are small sound-generator devices which fit in the ear like any other hearing aid. Some hearing aids are available with a built-in sound generator for tinnitus sufferers. You can buy it from online retailers.

TRT depends upon the natural ability of the brain to “habituate” a signal, to filter it out on a subconscious level so that it does not reach conscious perception. Habituation requires no conscious effort. People adopt many sounds by air conditioners, computer fans, refrigerators, and rain. What they have in common is that they have no importance, so they are not perceived as ”loud.” Thus, the brain can screen them out.

1. The person having tinnitus should play some neutral sound everywhere he goes, including wearable ear sound generators.

It is often useful to treat anxiety and depression. This therapy aims to restrain the way of thinking to change your behavior. It can be effectively applied to the tinnitus condition. Less knowledge about tinnitus will make you feel anxious and depressed. This will worsen the condition. Changing the way you think about tinnitus can help you reduce anxiety and let you accept the noises. After a while, this may become less noticeable.

Some Guidelines From Other Sources

The main reason behind tinnitus being so treatment resistant is because it involves many parts of the brain. Any of the treatment might not be able to knock out even one area of that system. One must target all the parts of the brain affected by the Tinnitus, which might be very difficult. To overcome this difficulty, scientists at the University of Massachusetts are using a new therapy. 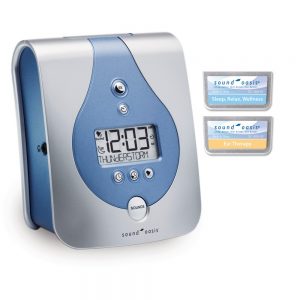 Scientists from the University of Massachusetts Eye and Ear Infirmary are working on music therapy to use neural plasticity of brains i.e. its ability to be remolded, for treating tinnitus. As the treatment proceeds, the patient is made to listen to the music of their choice, filtered to remove the phantom tone specific to the patient. This will then calm the portion of the brain which otherwise may have overstimulated by that tone. After some successful trials on the patients, neuroscientist Daniel Polley concluded that music therapy works best for tinnitus as it is imbued with meaning, therefore it is special and personal. Combined with the University of Lowa research, these trials offer further confirmation that these abnormal brain waves are intertwined memory, attention, and emotion.

In this type of therapy, you work with health professionals. They will help you learn more about your problem so, you can find ways to cope up with Tinnitus. You can have counseling(cognitive therapy) while using tinnitus Medication or Masking Devices. Medication and Masking Devices works best with cognitive therapy and you can have relief from tinnitus soon. Participating in support groups educates you about more solutions for Tinnitus.

Many drugs have been studied for treating tinnitus. Though they can’t cure tinnitus completely but help to reduce the severity of its symptoms and complications. 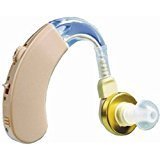 Hearing aids are helpful for reducing your tinnitus because this problem may be associated with any type of hearing loss.

Tinnitus masker devices are very helpful for many people who are suffering from tinnitus. This device duplicate hearing aids that play a low-level white noise more acceptable as compared to the internal noise produced by the tinnitus. 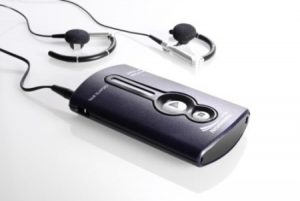 It is a type of wearable device producing programmed tonal music to mask frequencies of tinnitus. This will not let you focus on your tinnitus. Counseling is also a part of tinnitus restraining.

Will There Ever Be A Permanent Cure For Tinnitus?

If we talk about the permanent cure for tinnitus, then it’s really difficult to make an exact prediction for what will happen in the future. Therefore, the answer to this question is, “maybe”.

Yes, no doubt the scientific knowledge of tinnitus has been leveled up in recent years. Hence, there are chances that maybe one day the complete cure for this disease will be found out.

Tinnitus is not a disease it is a condition or symptoms of a disease. In this condition you may hear the sound as a ringing in the ear, chirping, buzzing, hissing, or whistling. It can be treated in different ways to get relief. There is the various best treatment for tinnitus relief.

The major problem with tinnitus is that tinnitus people do not seek help at the right time. 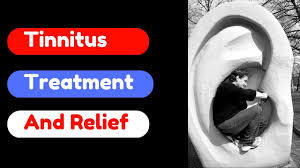 The first step towards treating the tinnitus is uncovering the reasons behind causing it. The biggest challenge in tinnitus evaluation and treatment is that everyone experiences it in a different manner. Measuring a subjective experience can be a difficult task.

But for tinnitus, there are some hearing aids which help to reduce the symptoms in patients. Due to signal activates the auditory nervous system, the patients who suffering from tinnitus go through constant irritation. There is a list of the various best treatment for tinnitus relief.

Everybody is different and different techniques work for different people. Searching continuously for something to work can also cause stress so you may need to talk to a healthcare professional for tinnitus.

If you need any advice or any help with tinnitus treatment. Call us +91-9899437202 today, book an appointment for a FREE consultation at HearingSol Clinic Delhi NCR.