Autism is a neural developmental disorder ranges from mild to severe in which people face difficulty in social interactions and communications. The mild form of autism is known as high functioning autism or Asperger’s syndrome.

If you need any assistance or have a question about High-Functioning Autism, you can consult our HearingSol experts with your problem, feel free to call us on +91-9899437202. We are always here to help you.

What Is High Functioning Autism?

High-functioning autism is not a diagnosis or a medical term according to DSM-5 or the ICD-10 but a variation in Autism Spectrum Disorder(ASD). It is related to the people with autism spectrum who are considered to be higher functioning than other Autistics. Individuals who have High-Functioning Autism(HFA) have signs of deficiency in emotion, speech, and social interaction with others.

HFA is referred to as people with autism who can speak, communicate(but prefer not to), manage skills, read, write without the help of anybody. It applies to those people whose IQs are higher than 70. It is a fact which is applied to people who are affected with high functioning autism have better understanding or IQ level than other individuals with autism.

In the early ’90s if anyone has milder autism symptoms then they were supposed to be suffering from Asperger’s syndrome or high-functioning autism as both of them have similar symptoms. If the person with Asperger’s syndrome has severe symptoms for a decade then the individuals are diagnosed with autism. In 2013 all autism-related disorders were provided with a single name which is denoted as an autism spectrum disorder (ASD).

High-functioning autism and Asperger Syndrome have very similar features and its defining characteristics is the delay in developmental speech and language skills before the age of 3. This definition raises the question in the mind i.e.

Is HFA and Asperger’s syndrome are similar to each other?

Well, the answer is no, and to support this, People diagnosed with Asperger’s syndrome have some similar symptoms of High-functioning autism like the use of language without delays, adaptive behavior, curiosity, and developmental skills. They are capable to live their lives and perform regular activities on their own without the help of any other individuals(parents or caregivers).

This might make you think that these two are similar conditions but are not. All other neurodevelopmental disorders were removed from DSM-5 after autism became ASD. Now autism is in severity category and associated with other losses.

Some further differences in the features of the people having HFA and Asperger’s syndrome are the following, 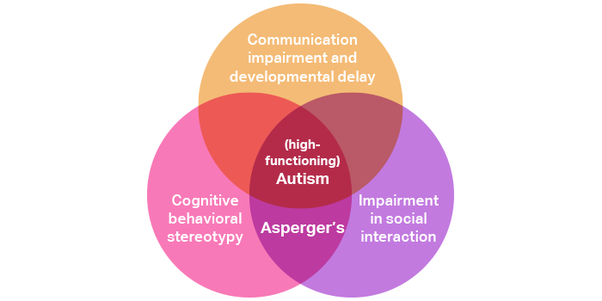 The feature of high functioning autism

But a great deal of study is required to prove the criminal behavior in the features of HFA and the associated diseases. HFA does not include any of the intellectual disabilities wherein the cases of ASD 40-55% have an intellectual disability. These characteristics make HFA different from the rest of the Autism Spectrum Disorder.

People with high-functioning autism had very hard to make social connections. They don’t make a friend and read social cues. They have got very stressed by social conditions and can’t make eye contact or small talk. People with a spectrum who have high-functioning are very dedicated to their daily routine work and activities. Some people have repetitive habits which will be strange for others.

Emotional Sensitivity is a common issue in people with high-functioning autism. These people do their activities daily but they don’t have any control over their emotions.

Fixation on Particular Subjects or Ideas

Playing the same song repeatedly with obsession, discussing the same topics in conversation, read every article about a topic are the autistic fixation people with autism have that.

In high-functioning autism, children have symptoms like restrictive social interactions, problem sharing toys, and difficulty to talk to other people. Youth are feeling shy, quirky, and socially awkward.

People who have autism may have sensory problems or they can’t tolerate noises, tastes, smells, etc.

9 Signs of High-Functioning Autism That You May Have Missed

Researchers reveal that the causes of the HFA are the structural abnormality in the brain region like superior temporal sulcus, orbitofrontal, cortex, amygdala, and fusiform gyrus. People with autism have Restrictive behavior because of abnormality in the caudate nucleus and the connectivity between grey matter and atypical in brain regions.

Some people believe that autism occurs because of the MMR vaccine which is a mistaken belief and this research has been fraudulent. Due to this, some people take off their children from MMR vaccines they think that it may cause them mental disabilities or death. Now, this has been proved that vaccinations do not cause autism.

Due to delay in speech and language Specialist takes 35 months to diagnosed HFA. While there is only one common tool Social Communication Questionnaire is used to detect HFA and no single test is available to diagnose the HFA. Some characteristics help to diagnose autism in people who have autism-like pointing, eye contact, and limited social interactions. There is two evaluation technique has been used to diagnosed autism one is Autism Diagnostic Interview-Revised and another is Autism Diagnostic Observation Schedule.

The main treatment of high-frequency autism is cognitive behavior therapy. It is an approved treatment for anxiety. In cognitive behavior therapy, parents and teachers work as social coaches to help the affected person. There are several formal examinations of evidence before proving that the involvement of parents in the lives of the children affected with anxiety associated with HFA is important.

A configuration for self-monitoring is:

If you need any assistance or have a question about High-Functioning Autism, you can consult our HearingSol experts with your problem, feel free to call us on +91-9899437202. We are always here to help you.