HomeFAQsWhat Are Differences Between Autism And Dyslexia?

What Are Differences Between Autism And Dyslexia?

There are so many differences between Autism And Dyslexia. They both are linked to the way the brain processes information. First of all, I want to discuss What is Autism and Dyslexia?

Autism is a lifelong neurological or developmental disability. That affects the behavior and communication of the person or child. Another name of the Autism is as Autism Spectrum Disorder or ASD.

If you need more information or you have a question regarding Autism And Dyslexia, you can discuss it with our HearingSol healthcare professionals, just give us a call on +91-9899437202. We are always here to help you.

Due to this type of disorder, a person can not interact with others properly. Some of the selected symptoms of Autism Spectrum Disorder as listed below:

Dyslexia is a type of learning disorder. Suffering from this type of disorder, a child can not read properly. Because dyslexia is a specific learning disability. Due to this, the kids are not able to read accurately and fluently.

Some of the selected symptoms of Dyslexia as listed below:

The Difference between Autism and Dyslexia 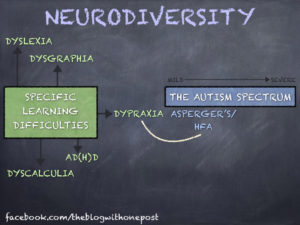 Basically, Autism and Dyslexia are interlinked together. But genuinely, some different from each other.

The Dyslexia may also be acquired the brain injury. While in the case of Autism, there is no need of any brain injury.

The Dyslexia is a classed of Learning disorder. While in Autism, It can not.

Autism is a type of disorder in which there are a number of impairments such as social skills being one of the most crucial ones. While in Dyslexia, it is a problem where the mind has trouble interpreting the visual things.

Is dyslexia a form of autism?

Autism and dyslexia link which each other in the way the brain processes information. This is the reason it is not uncommon for people on the spectrum to consider the diagnosis of dyslexia.

While the people on the spectrum, have additional frustration of being unable to read or write can lead to feelings of even greater isolation and frustration. Sometimes they can be angry and uncooperative without any reason.

People having dyslexia and autism should undergo the best treatment to overcome both issues.