Why do people think Vaccinations cause Autism?

There is a big misconception to the people as they think vaccinations cause Autism. they are also believed to be Asperger Syndrome but are different.

For over 20 years and the United States Health Center has been combating all these misconceptions regarding vaccine safety. Though many pieces of evidence have proved this fact wrong that “autism is caused by vaccination”. However, many people still refuse to vaccinate their children. 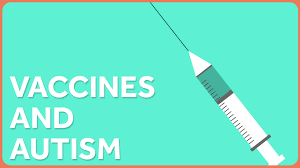 If you need more information or you have a question regarding Vaccinations cause Autism, you can discuss it with our HearingSol healthcare professionals, just give us a call on +91-9899437202. We are always here to help you.

In the past 20 years, the rate of autism in children has been rising remarkably. It has been difficult to compare autism rates since the 1990s. Now, people who would possibly not considered to have autism in the past could also be classified with one among a range of autism. Nowadays Many tests are done to diagnose the cause of Autism but the researchers and worried parents are unable to find out the causes of autism.

Why do people think vaccinations cause autism?

In 1995, a study was published by researchers which shows that individuals who were vaccinated with measles-mumps-rubella vaccine (MMR) were more likely to suffer from bowel disease as compared to those who were not vaccinated with MMR.

In 1998 also, Wakefield with 12 other members published a study that the measles virus was found in the digestive system. The digestive system of those individuals who are vaccinated with MMR and these individuals exhibit autism. Afterward, some well-known scientist discredited the above findings and proved it wrong because it was just a short-term fraudulent study.

Both his studies get critically flawed. Let’s take a look at his two studies.

In 1998, Andrew Wakefield publishes his first study stating that measles, mumps, and rubella (MMR) vaccine causes ASD to develop. The vaccination of the MMR vaccine causes a series of events that include intestinal inflammation, entrance into the bloodstream of proteins harmful to the brain, and consequent development of autism.

To prove this,  Dr. Wakefield described 12 children with developmental delay in which eight had autism. All of these children had intestinal complaints and autism develop in them after receiving the MMR vaccine. Although his first study gets critically flawed and falsified.

In 2002, Wakefield publishes his second study stating the relationship between measles virus and autism. The authors tested intestinal biopsy samples for the presence of measles virus from children with and without autism.

Activists were concerned about Thimerosal safety. They said that there could be chances of Thimerosal having vaccinations cause autism because of the presence of mercury in it. Afterward, The Institute of Medicine took a review on the study and proved that there is no link between vaccine and autism. Since then, many studies have shown that there is no association between thimerosal and autism disorder.

After removal thimerosal almost from all the vaccines. The autism rates did not stop yet rather than it starts increasing. So the researchers shifted their attention to other targets. One of the targets is the number vaccinations given to the children. They stated that the increased no of vaccinations to a child is causing the autism to develop. However, there is no link found between increased exposure to vaccines and autism.

According to Research, the majority of our biggest fears concerning vaccinations area are groundless. There are eight major immunizing agent myths whose analysis has shown to be baseless. The most important one is a discussion about the link between vaccines and autism.

Vaccines increase the risk of autism originated with a 1997 study published by Andrew Wakefield, a British surgeon. The article suggested that the measles, mumps, rubella(MMR)  vaccine was increasing autism in British children. The paper was completely rejected due to severe errors and financial conflicts.

Today, the true reasons for autism is still a mystery. Due to the discredited paper that showed that vaccines cause autism. New symptoms have been recognized before they receive the MMR vaccine. Not even this, but there is evidence that autism develops in utero before a baby is born or receives vaccinations. You can not overcome Autism but can help people with autism with different Autism Therapy and Support centers.

To know in detail about Autism, Refer more: