Can temporomandibular joint disorder or dysfunction (TMJD) cause Meniere’s Disease?

If you need more information or you have a question regarding TMJD or Meniere’s Disease, you can discuss it with our HearingSol healthcare professionals, just give us a call on +91-9899437202. We are always here to help you. 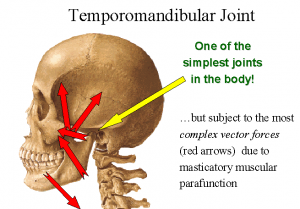 A cause of TMJD is an injury to teeth, jaw, teeth grinding, poor posture, stress, arthritis and also gum chewing.

As per the opinion, I don’t think that TMJ dysfunction is associated with Ménière’s disease and it is very difficult for me to think of a single reason why they would be. The Eustachian tubes equalize the air pressure in the middle ear, which is not at all related to what is going on in Ménière’s disease.

You have these structures in the inner ear called the “membranous labyrinth”, which is a system of sort of channels (membrane-lined, hence the name) filled with a fluid called endolymph. For some reason, sometimes regulation of the pressure of that fluid fails and the syndromal effect of that is Ménière’s disease.

I’m sure they’re as people suffering from Ménière’s disease who also have TMJD, but that’s probably just coincidental. Same with Eustachian tube dysfunction.

Can Tinnitus Caused By TMJ Disorders Be Cured?

Can hearing loss cause depression?