If you need any assistance or have a question about Cochlear implant, you can consult our HearingSol  experts with your problem, feel free to call us on +91-9899437202. We are always here to help you.

Today cochlear implant is treating complicated hearing problems like deafness, bilateral deafness, sensorineural hearing loss, repairing inner ear functions by inserting the multi-electronic device in your inner ear. It was impossible to imagine this type of advanced surgery in earlier times. The slow and steady developmental stages of cochlear implant technology have led to the latest and incredible advancement in the treatment. The development has been both rapid and remarkable.

Past achievements include the following :

Various researches and experiments have been conducted to induce the latest technologies in cochlear implant technology. Let’s cover all the historical aspects of the cochlear implant under the ages – Pre-modern age, Silver age, and Modern age. 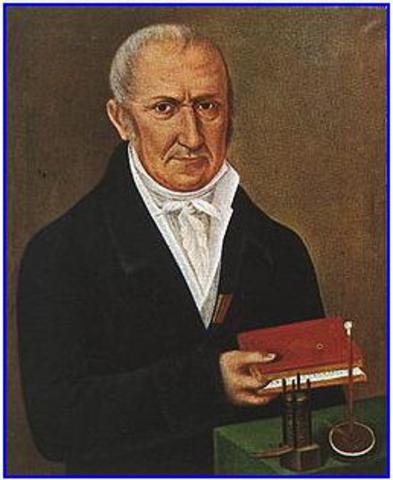 The timeline starts in the year 1800. This year has led to the subsequent development of the cochlear implant technology.

Around two centuries ago(1800), Alessandro Volta inserted a metal rod in his own ears and stimulating them to electric current. He also confirmed that he created a hearing sensation. In 70’s  Dr. William House, invented the first single-channel cochlear implant.

In 1855, Duchenne de Boulogne stimulated the cochlea with an alternating rather than direct current, and he experienced similar sensations of buzzing, hissing, and ringing.

In the Depression years of the thirties, researchers found that putting a current near the ear can create auditory sensations. The silver age discovered that electrical energy can be transformed into sound before reaching the inner ear.

In 1930, Wever and Bray recorded electrical potentials in the cochlea that closely followed the waveform of the sound stimulus. This “Wever and Bray effect” suggested the possibility to some that, if it becomes possible to replicate the potential, then lost or absent hearing could be restored.

In 1961, Dr. House, who was an otologist, teamed with Dr. John Doyle, who was a neurosurgeon, to implant the first patients in Los Angeles (House and Urban, 1973; House, 1976). These first implants consisted of either a single wire with a flamed ball contact at the end of an array of five electrodes made in the same way. The surgery was to allow the insertion of the electrode(s) into the scala tympani through an incision in the round window membrane.

In 1966, Simmons implanted single-wire electrodes into the auditory nerve in the modiolus of a deaf-blind volunteer. This approach, of course, differed from that of the scala tympani implants.

Dr. House produced the first cochlear implant system that could be used outside of the laboratory and for many years by patients. This result was a landmark in the history of CIs, and House is widely regarded as the “father” or the first and foremost pioneer of the cochlear implant.

The invention of the CI went against the paradigm that an “opened” inner ear could no longer function. This paradigm was first weakened with the replacement of extracted stapes by an artificial prosthesis in 1956. The next definitive step was the introduction of an electrode into the cochlea, in 1961, which literally initiated cochlear implantation.

Implant technology leaped forward in the seventies through the nineties. The seventies saw more people getting implanted, continued research, and the development of a multichannel device.

By the end of the 1980s, the cochlear implant became the predominant treatment for profound deafness in the United States, Europe, and Australia, bringing about a new controversy over the “origins” of the technology, as well as controversy about its application among the Deaf community.

By December 1984, the cochlear implant was no longer deemed experimental and was given the stamp of FDA approval for implantation in adults.

Throughout the nineties, other improvements were made in speech processors and other implant technology, particularly the miniaturization of the speech processor so that it could be incorporated into a BTE hearing aid-like device.

The three periods cover the overall cochlear implant history. They are categorized as the experimental period, the initial period of the application on a cohort of patients (until the National Institutes of Health evaluation in 1977), and the commercialization period. The development of the CI proceeded through 3 “anatomical” stages: extra-auricular, intra-auricular, and intracochlear.

The invention of the first electrical capacitor in 1745, the Leyden jar, provided a great stimulus to the medical application of electricity.

In 1940, the Americans Clark Jones, Stanley Smith Stevens, and Moses Lurie placed electrodes directly into the middle ears of 20 patients lacking tympanic membranes, most of whom had undergone radical mastoid operations with the removal of the drum and ossicles of the middle ear. On the basis of this experiment, the idea that direct stimulation of the auditory nerve might result in the hearing was again hypothesized.

The history of CIs began in the early 1960s with the experiments of William House, the Doyle brothers, Leland House, Frederick Turnbull, Robert White, and Blair Simmons in California. It took more than 10 years before the application of a cochlear implant on a cohort of patients was realized by the UCSF team, also in California. This led to the organization of the first international meeting on CI in San Francisco in 1973, which introduced this new technology to an even wider audience.

In 1964, the first implantation of a multichannel cochlear implant was developed by placing a permanent transcutaneous 6-channel electrode through the promontory and vestibule directly into the modiolus by means of a trans mastoid approach.

Ultimately the year 1985 led to the establishment of the clinical feasibility of the cochlear implant as well as its commercialization.

The next step towards the development of the cochlear implant was to apply its clinical practice on cohort patients. The team at the University of California, San Francisco (UCSF), became interested in the development of a CI. They selected 4 patients on the basis of the test with an electrode placed temporarily on the lower scale under local anesthesia. Two of these patients finally received a totally implanted CI in 1970.

1973, the first international conference on electrical stimulation of the acoustic nerve as a treatment for profound sensorineural deafness in humans was organized in San Francisco.

Clark implanted his first multi-electrode cochlear implant hearing prosthesis in 1978. It became the first successful commercialized multichannel CI, under the name of Cochlear/Nucleus.

The audiologist and neurophysiologist Robert Bilger and coworkers from Pittsburgh proceeded with the first independent evaluation of the cochlear implant in 1977. This study was the result of a request from the National Institutes of Health (March 1975). The team evaluated the 13 patients with a cochlear implant.

It was the possibility that the multichannel single-wire electrode initiated by Simmons and White in 1974 would dominate the future of cochlear implant technology. Ultimately these experiments led to the commercialization period of the cochlear implant.

Ongoing Research And The Future Perspectives Of Cochlear Implant

Thus the ongoing and repetitive research of cochlear implant technology has increased the possibilities and expectations regarding the more advanced technology.

Possibilities for the future include the following :

Overall the continuous and steady development cochlear implant technologies in the past times have increased the utility and scope of the treatment. Now cochlear implant is well advanced and easily reachable to the maximum population.

If you need any assistance or have a question about Cochlear implant, you can consult our HearingSol  experts with your problem, feel free to call us on +91-9899437202. We are always here to help you.

How long have been the availability of a cochlear implant?

Fill up the consultation form to book low-cost Cochlear Implant Surgery by the best surgeons in India.