Which Composer experienced Hearing Loss during his Lifetime?

Beethoven is the composer who experienced Hearing Loss during his lifetime. In 1798, Beethoven is reported that he had experienced his hearing loss when he is interrupted by someone to while doing work. 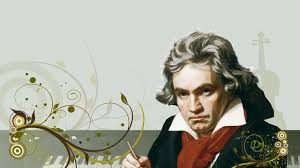 Beethoven fell over and when he got up he finds himself deaf. Beethoven hearing has not properly resolved and gradually decline timely, and converted into the severe form of tinnitus.

One of the most common facts about the Beethoven which is a most popular melodic genius, he cants hear his own work.

You can purchase the latest hearing aids at a fair price through HearingSol, If you need more information or you have a query about Hearing Aid or Hearing Loss, just give us a call on +91-9899437202. We are always here to help you.

So if Beethoven was completely deaf, how did he compose?

Hearing loss of Beethoven’s is attracting his fans who want to know how he can compose. And what circumstances, he is facing as a deaf musician and how he managed to continue working after losing his listening ability at the age of 45. People found out that Beethoven observes the sound “by gripping a stick in his teeth, holding it against the console of his piano”.

After the complete hearing loss, Beethoven’s composed his most popular song —the Ninth Symphony— that become the most touching moment of his career.

Around the age of 26, Beethoven started to hear humming and ringing in his ears. But by the age of 44, his hearing ability has been lost and can’t hear voices or such a large number of the sounds of the environment.

For what reason did Beethoven go hard of hearing?

The correct reason for losing his listening ability loss is not known. Reports say that the cause of his hearing impairment is a habit for diving his head into the cool water to keep himself awake.

What treatment did Beethoven look for his deafness?

Beethoven’s had a stomach problem that’s why he took bath with Danube water which helped Beethoven’s stomach problem, but later, as a result, his deafness becomes worse. “I am feeling more stronger and better, with the exception of that my ears sing and buzz always, day and night.”

There is one weird cure he was doing that strapping wet bark to his upper arms until the point that it dried out and delivered blisters. However, it does not cure the deafness just keep him away from his piano.

Beethoven had heard and played music for the initial three decades of his life, so he knew how instruments and voices sounded and how they cooperated. His deafness was a moderate decay, as opposed to a sudden loss of hearing, so he could simply envision in his mind what his compositions would seem like.