HomeFAQsWhat is the point of the phonetic alphabet and dividing sounds into ‘velar,’ ‘liquid’ etc.?

What is the point of the phonetic alphabet and dividing sounds into ‘velar,’ ‘liquid’ etc.?

Phonetics the physical sign of language in sound waves. How these sounds are explained and saw is phonology:

A phonetic spelling alphabet is a useful reference for language. It is the study of communication and training. It designed to represent especially those words which have a quality of speech. And also has a part of an oral language. 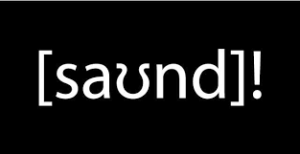 If you need more information or you have a question regarding Phonetic Alphabet and Dividing Sounds, you can discuss it with our HearingSol healthcare professionals, just give us a call on +91-9899437202. We are always here to help you.

A letter or diacritics are added removed or modified by the International Phonetic Association(IPA). And most recent changes done in 2005.

A phonetics is divided into three different categories on the basis of production(articulatory), transmission (acoustic), or perception (auditive) of the sound.

These words used to communicate around the world to clear letters and their spellings.

The vocal tract is the thing that we use to express sounds. It incorporates the oral cavity the nasal cavity and the pharyngeal depression (in the throat, behind the tongue). For most discourse sounds, the airstream that goes through this track is created by the lungs.