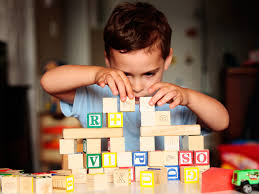 Some children are late in learning speech and language skills in the first three years, while eventually catch up later. These children are commonly referred to as “late-talkers”.

If you need more information or you have a question regarding Developmental Expressive Language Disorder (DELD), you can discuss it with our HearingSol healthcare professionals, just give us a call on +91-9899437202. We are always here to help you.

The cause of expressive language disorder is not properly clear yet. The condition may be genetic or run in family or it may be caused by a brain injury or malnutrition.

Some children have only difficulties in language development. While in other areas of there daily life they are progressing as expected. It is not related to the intelligence level of a child. Such issues as autism and hearing impairment, accompany some language disorder. These issues can worsen child symptoms.

Children with expressive language disorder have difficulties in combining words to form accurate phrase and sentences. For example, a child may not use the correct form of the verb tense. They typically produce much shorter phrases and sentences than other children of the same age. And sometimes their vocabulary is smaller and more basic. Most of the kids with DELD have age usually less than the average age of other children. Such kids symptoms are –

Symptoms of expressive language disorder differ from one child to the next and depend on the child’s age and the degree of the impairment.

Treatment options depend on the severity of the impairment. Some of the treatment may include:

Name the Signs to Early Identify Speech and Language Disorder.

Are most members of the disabled community in favor of people-first language?