HomeFAQsHow Much Ginkgo Biloba Should I Take For Tinnitus?

How Much Ginkgo Biloba Should I Take For Tinnitus?

Tinnitus occurs by some noises in the ear which include ringing, buzzing, whistling, etc. Tinnitus can occur in one or both ears. It is considered the most common cause of tinnitus in ear problems in the middle, outer and inner ear. It can also be caused by the narrowing of blood vessels or by the abnormal bone growth in the inner ear. It is the most common diseases of the ear that is associated with numerous physical and mental disorders.

If you need more information or you have a question regarding Tinnitus, you can discuss it with our HearingSol healthcare professionals, just give us a call on +91-9899437202. We are always here to help you.

What is Ginko Biloba? 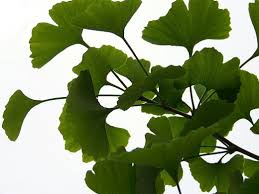 Ginkgo biloba is an herb for tinnitus which contains two active compounds, flavonoids, and terpenoids. From free radical damage, It used to protect the nerve, blood vessels, and heart muscle. It has strong antioxidant and circulatory-promoting properties. It improves the blood flow which is dilating by blood vessels.

Because of Ginkgo Biloba when blood flow increases its impact on the microcapillaries which feed into the inner ear. Tinnitus is also associated with blood vessel disorders or ear disorder, this treatment improves the tinnitus.

How Much Ginkgo Biloba Should I Take For Tinnitus

The correct dosage of Ginkgo biloba can be effective to reduce the ringing in the ears. Most products that contain Ginkgo biloba have small amount bilobalide approx less than 0.5% bilobalide.

Mostly Ginkgo biloba uses in the treatment of:

How Many Ways Are There To Reverse Hearing Loss?