HomeFAQsHow can I relieve from Sinus Pressure in my ears?

How can I relieve from Sinus Pressure in my ears?

Before we find out ways to get relief from ‘Sinus Pressure’, let’s first understand what a ‘Sinus’ actually is?

Sinus in Latin means “bay”, “pocket”, or “fold”. It refers to an air-filled passage in human organs and tissues. In this, the way of sinuses is blocked. They filled with mucus which results in pain and pressure. Though there are many sinuses in the human body we are talking about ‘Paranasal Sinuses’ here only. Another name of the sinus is sinusitis. 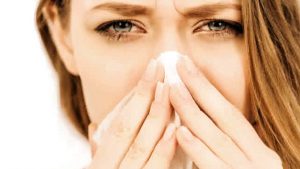 If you need more information or you have a question regarding Sinus Pressure in Ears, you can discuss it with our HearingSol healthcare professionals, just give us a call on +91-9899437202. We are always here to help you.

Paranasal sinuses come in a set of pairs surrounding the nasal passage (air-filled space above and behind the nose in the face) and are located in the cranial bones or skull. The presence of these sinuses is very important as they serve the following important functions.

There are two different sinuses one is acute another one is chronic.

Acute sinuses happen due to allergies or virus such as the cold.  Sometimes it may develop in bacterial infection. Chronic sinuses are due to fungus such as a weak immune system.

An important function of Sinus

The four paranasal sinuses, named accordingly to the bones where they are placed:

Symptoms for an ear infection is ear pain and hearing loss. In this, you will sense your hearing is muffled. It may include the pain in the throat or fluid in the middle ear.

When one or more of these paranasal sinuses become congested, it results in blockage of sinuses called “Sinusitis”. This blockage causes pressure within affected areas like cheeks, eyes, nose and on one side of the head leading to severe headaches.

Blocking of the Eustachian tube is yet another reason resulting in in-ear pressure or Sinus pressure. Air pressure inside ear differs from the outside eardrum, resulting in blocking of Eustachian Tube. Altitude changes are one of the prominent examples of same.