HomeFAQsIs Autism a type of personality disorder or not?

Is Autism a type of personality disorder or not?

A few years ago, most people had never heard of autism. And now, you likely hear it regularly. Autism or ASD (Autism Spectrum Disorder) is a group of neurodevelopment (brain pathway) disorder that causes communication and behavior problems.

If you need more information or you have a question regarding Autism or Personality Disorder, you can discuss it with our HearingSol healthcare professionals, just give us a call on +91-9899437202. We are always here to help you. 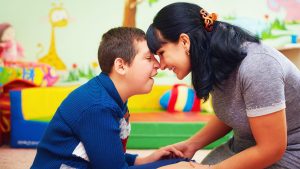 However, Autism may result in some problems while communicating, acting in social settings, expressing or reacting to emotions. These symptoms may somehow be similar to that of a personality disorder.

A Personality disorder is a way of thinking, feeling and behaving that does not matches the expectations of the culture, causes distress or problems functioning and may last over time. 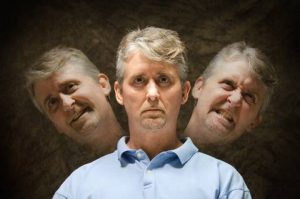 The way a person thinks, behave, and feel makes him different from other people. In a personality disorder, a person way of thinking and behaving deviates from the expectations of the culture. It differs significantly from what is been expected.

If personality disorder left untreated it can be long-lasting.

Personality Disorder exhibit a certain pattern in the following areas-

There are chances of people getting confused between Autism Spectrum Disorder and Personality Disorder as they both show a significant overlapping of signs and symptoms. This can be more prominently experienced in the area of communication skills, interpersonal skills such as interacting with people, respecting others and reacting to other people’s emotions in an appropriate manner.

Symptoms of Personality disorder which overlaps with that of Autism

People with a personality disorder may live independently as compared to those having Autism Spectrum Disorder. Autistic children, even with their limitations are responsible and are not violent with others, whereas people with personality disorder tend to get aggressive thinking in a single-minded fashion, ready to employ any means to fulfill their self-centric objectives or needs. These people tend to become loners as love, trust, friendships may be unethical for their way of living.

If you need more information or you have a question regarding Autism or Personality Disorder, you can discuss it with our HearingSol healthcare professionals, just give us a call on +91-9899437202. We are always here to help you.