HomeFAQsHow is a VA Claim for Tinnitus Denied?

How is a VA Claim for Tinnitus Denied?

If you have a hearing loss of service-related and it doesn’t meet a certain threshold it will not be covered for tinnitus disability. If you have some level of hearing impairment maybe you will deny your claim because they are very hard for denying deafness claims. 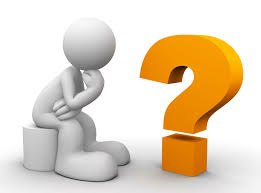 Thinking that ringing in your ears from riding on your track, gunfire or other served weapons you will still deny your claim. Because you were able to speak on the telephone or kept serving for army duties.

If you need more information or you have a question regarding Tinnitus, you can discuss it with our HearingSol healthcare professionals, just give us a call on +91-9899437202. We are always here to help you.

How is a VA Claim for Tinnitus Denied

The veteran can claim for tinnitus after their service connection. For claim, he has the ringing in their ears because of noise exposure during active duty with army national guard or in the rifle range.

In April 2005, a Veteran claims for the allowance of their service connection for tinnitus and hearing loss which is experienced in 2003. He told in the claim that his disability is related to his MOS or combat engineer.

The treatment records of 2003, In reference audiogram before 14 horse veteran faces noise exposure. It also says Veteran has also issued hearing protection which was not used.

In October 2005, according to the rating, the service connection denied for tinnitus due to the medical pieces of evidence failed to show that tinnitus can be treated. There is no complaint about the tinnitus and during his VA test the veteran denied having tinnitus


The June 2005 audiogram and the audiologist were assured that service connection denied because of the statement of the audiologist who perform the test and examination of the veteran. However, there is no indication of tinnitus and head injury in their active service period.

Department of Veterans Affairs says that there is a lot of errors found in the VA disability claims. The maximum error rate is 14% to pass the claim but mostly claims found error approx 38%

Common reasons for the initial denial

If your claim was denied that doesn’t mean you can never claim for your disability. Sometime it may be rejected because of misplacing your documents or mistakenly had been put in another file. For this case, after receiving your decision you can request a copy of your claim file.

A case of missing evidence

A claim is denied because of not finding the evidence of service connection in combat. If VA employee can find the evidence on the google search. Then the person can claim again and wait for the decision.