How Alzheimer’s and hearing loss connected?

Alzheimer is a mental deterioration of the brain, which starts with middle age and decreasing the ability of the brain to recollect the memory, basically, in young age our brain veins are active and the capability of working is high. 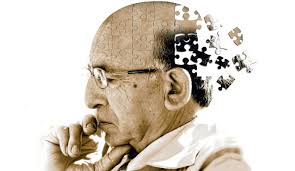 This disease doesn’t only create disturbances in one’s activity and thinking abilities but also a progressive loss of body functions. So, it affects the victim’s life. In this disease, some time person doesn’t have control over the body and natural works (urinal control). In India, more than 1 million cases/victims per year.

If you need more information or you have a question regarding Alzheimer’s and Hearing Loss, you can discuss it with our HearingSol healthcare professionals, just give us a call on +91-9899437202. We are always here to help you.

As per a few examinations, older people with hearing misfortune are bound to build up Alzheimer’s sickness and dementia. As contrasted with those normal hearing. Further, the hazard raises as an individual’s hearing loss gets worse. Those with mild hearing loss are about twice as liable to create dementia as compare to normal hearing.

Alzheimer’s disease is connected to hearing impairment as it decreases the capacity of hearing and also causes stress and tension.

A connection between Alzheimer’s and hearing loss

Alzheimer is the main region of mental stress in old age. AD patients need hard to communication / high voice because they often forget their words, they also face difficulty in making new ideas, few words which are regularly used by them, they didn’t even understand what they told a few minutes ago.

Every part of our body is connected through the brain, all the activities are under the control of the brain so we can say that Alzheimer’s is directly proportional to hearing loss.

Problem-related to Alzheimer with hearing issues on an age basis.

In this disease, a person doesn’t even recognize their family members. Below are some of the symptoms of Alzheimer ’s disease are –

The specific part of the brain process the hearing and process the information of the auditory system. After affecting from dementia the synchronization between hearing and brain is broken.

When you can’t hear well, you need to work significantly harder to understand. Each discussion you take part requires increasingly mental work. In your regular discussions are psychological energy will use at its most. Thus, there will be no energy left for other mental work.

We realize that social disconnection can have some intense impacts on both physical and psychological wellness. At the point when it’s difficult to hear, it became hard to keep up social associations. It can lead to depression.

The scientists behind the investigation are sure they figured out how to control this, yet there is some probability. Alzheimer’s and hearing misfortune may both occurred by some third medical problem issue.

Although we do not know that the relationship between Alzheimer’s and hearing loss is due to one or some combination of these things. But to know the connection is only present, there is a step towards being able to do something about it.

How to recover from Alzheimer and hearing loss?

But some medicine for Alzheimer’s disease are –

All the above-listed medicines are a great help to increase memory power. so that their children can remember things for their lifetime.

Hearing loss due to Alzheimer’s ratio

According to New York University,  The most common system developed by breaks the progress of Alzheimer’s disease in seven stages. This structure has been adopted to understand the progress of the disease and is used by many healthcare providers as well as Alzheimer’s Association.

During this stage, Alzheimer’s disease is not detected and no memory problems or other symptoms of dementia are unclear.

The senior may know minor memory problems or things around the house can be lost, although not at that point where memory loss can be easily separated from memory loss related to normal age. The person will still do good work on memory tests and this disease cannot be detected by loved ones or physicians.

People in Step 3 will have difficulty in many areas:

Stage seven is the final stage of Alzheimer’s because the disease is an incurable disease, people in stage seven are close to death. In stage seven of the illness, people lose the ability to communicate or react in their environment. Although they may still be able to pronounce words and phrases, there is no insight in their situation and need for assistance with all activities of daily life.