Why is Autism Speaks Bad?

Autism is basically a disorder which includes the range of conditions characterized by difficulty in speech and social skills, repetitive behavior and pattern. There are many organizations and institutions which are doing research on Autism, its awareness, cure, and how to deal with it.

If you need more information or you have a question regarding Autism, you can discuss it with our HearingSol healthcare professionals, just give us a call on +91-9899437202. We are always here to help you.

One of these organizations is Autism Speaks. It is founded in 2005. It is basically an autism advocacy organization which does research on autism and conducts awareness programs and activities aimed at families, government, and the public. 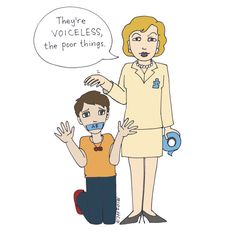 But recently some issues rose against the organization related to carelessness towards autism affected individuals. Find out some reasons for Why is Autism Speaks badly?

Reasons for “Why is Autism Speaks badly?”

Because it doesn’t help autistic children and adults as they promised. Autism Speaks is one of the largest autism organization, yet they are not focusing on autism affected people and their families. Only 4-5% of their funds actually helps people with autism. And as we compare, 22% of their funds are spent on fundraising efforts.

The ultimate goal of Autism Speaks is “End Autism”. The majority of their budget goes towards ‘autism research’. And this research is not for improving the therapies and equipment to help people affected by autism but to research for a cure for autism.

They are also trying to find a prenatal test for autism so that any mother shall no longer have autistic babies. No mother wants that their child hadn’t been born because of his autism.

Not a single member of the organization is autism effected

Autism Speaks is one of the few organization which refuses to include disabled individuals on their board and in leadership positions. Without involving any individual with autism, they are trying to make decisions on the future of autism.

After criticization, they added John Elder Robinson, a person with autism. But later he resigned saying that the organization has no respect for an individual with autism.

UPDATE: After so much criticization, the organization has added autistic members to their board. This is a small step in the right direction but this cannot fix the damage this organization has done.

Autism Speaks says that they are spreading awareness regarding autism, but in reality, they are increasing fear among people. Some of their commercials like ”I am Autism” and movie namely “Autism Every Day” has increased fear among people regarding Autism.

As you can see, how Autism Speaks had caused fear in the mind of people regarding autism. But not to worry, Autism does not define a person rather it defines who a person is.