It is a type of inflammation in the nose due to an allergic reaction to airborne allergens like seasonal grass or ragweed pollen, or year-round allergens like dust and animal dander. It is sometimes also called ‘hay fever’.

Hay fever generally caused by seasonal allergens. It shares many of the same symptoms as a common cold, but which is not caused by a virus or bacteria, rather it is caused by the person’s immune system reacting to allergens that are inhaled through the nasal and into the body.

If you need any assistance or have a question about Allergic Rhinitis, you can consult our HearingSol  experts with your problem, feel free to call us on +91-9899437202. We are always here to help you.

Despite the name, hay fever is not necessarily a reaction to hay nor does it cause fever. Usually, it develops when the body’s immune system becomes sensitized and then starts to overreact to something that is present in the environment. However, this typically does not cause any problems in people.

The most common symptoms of allergic rhinitis or hay fever usually include:

Allergic rhinitis may also take the form of a chronic respiratory condition that is marked by sneezing, a runny and itchy nose and eyes.

It is mainly caused by breathing in microscopic particles of specific allergens or some air-borne substances to which an individual is sensitive or allergic.

Individuals with allergic rhinitis if breathes substances like the microscopic particles that are present in the environment in the form of pollen, mold, dust mites, dead skin of animals, or feathers of birds have possible chances of triggering an abnormal reaction of the immune system.

As such, the affected individual’s immune systems start reacting to these substances, which often leads to release chemicals, including histamine.

Although uncomplicated allergic rhinitis may not be a serious condition, it can trigger or accompany a serious, maybe fatal attacks of shortness of breath and wheezing sound in individuals who may already be suffering from asthma, or other respiratory problems.

It can also affect people who generally suffer from eczema, sinusitis, and otitis media. Children with asthma are at a higher risk for rhinitis.

Allergic rhinitis can be classified into two different types, namely:

As the name suggests, the symptoms of seasonal allergic rhinitis usually in individuals during specific seasons like spring, summer, and autumn (or fall).

Allergic sensitivity to airborne mold spores, or to pollens from various grass, trees, and weeds are some causes that enhance the symptoms.

The symptoms of perennial allergic rhinitis occur throughout the year. It is usually caused by dust mites, pet hair, or dead skin (dander), cockroaches, or mold. Apart from these, underlying or hidden food allergies rarely cause perennial nasal symptoms.

However, some individuals may experience both seasonal and perennial allergic rhinitis, with the symptoms of perennial becoming worse, especially during pollen seasons.

The diagnosis of allergic rhinitis condition is carried out through obtaining an accurate history of the individual’s health, including symptoms and performing physical tests.

However, for some people, an allergy test may be performed that usually follows a skin patch test procedure.

In this type of skin patch test, small amounts of common allergens are applied methodically to the skin in order to determine the substances that triggered the allergic response, which ultimately led to allergic rhinitis.

In addition to this, a certain test like a complete blood count (CBC) and other related blood tests may also be carried out.

At present, there is, unfortunately, no cure for allergic rhinitis, however, there are chances the condition can be controlled with an effective treatment plan at a health-care institution.

Upon properly going through the individual’s personal medical history, reaction to specific substances, and the frequency and severity of the symptoms, the treatment may include preventive measures as well as oral medications in order to control the symptoms.

The first and best option is to avoid contact with substances that trigger your nasal allergies. When prevention is not enough, consider using over-the-counter or prescription medicines.

The following are the treatments that can be used to treat allergic rhinitis.

A) Medicines For Allergic Rhinitis

There are various reasons why to treat rhinitis using homeopathy:

Vata-Kaphaja pratishaya is the name of Allergic rhinitis under Ayurveda. The concept of Ama, Asatmya, and virudh aahara also predicts allergic conditions. Here are some ayurvedic medicines that have some incredible results, according to a study:

These are the various treatment methods or ways you can choose to treat your allergic rhinitis.

But when it comes to pregnant women, the selection of medicines became hard as these medications can affect the fetus.

If a woman has had allergic rhinitis before pregnancy, this could worsen and can increase in pregnancy hormones.

A pregnant woman with rhinitis should be concerned about the safety of medications during pregnancy, and therefore avoid taking medications.

These medications can be required if the avoidance of allergic triggers is not successful. These are generally prescribed medicines of rhinitis during pregnancy.

Let’s take a look at the process to treat children with rhinitis. 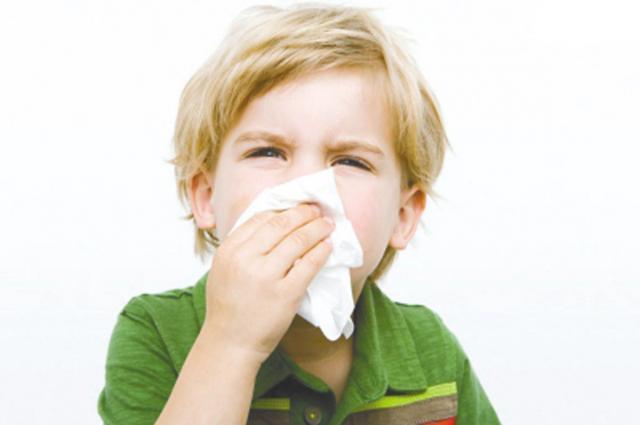 If an allergy suspected in a child, the doctor asks to have an allergy test to confirm the diagnosis. The skin test is performed by using a thin needle to inject the diluted allergen into the skin.

It can also be performed by pricking the top layer of the skin with a diluted allergen such as mold or pet dander. It will take around 15 minutes for a result to confirm. A child under 6 months is not eligible for this test.

Although it is not a contagious disease.  For effective treatment and avoid further complications, immediately seek a Doctor.

These are some factors that can make the condition worse and trigger the effect of rhinitis.

Allergic rhinitis is a curable disease if caught early and treated properly otherwise it can worsen up and lead you to many difficulties and various other diseases and problems.

If you found any given symptoms given in this article then do not ignore it, instead, talk to a professional and treat it before it gets worse.

If you need any assistance or have a question about Allergic Rhinitis, you can consult our HearingSol  experts with your problem, feel free to call us on +91-9899437202. We are always here to help you.